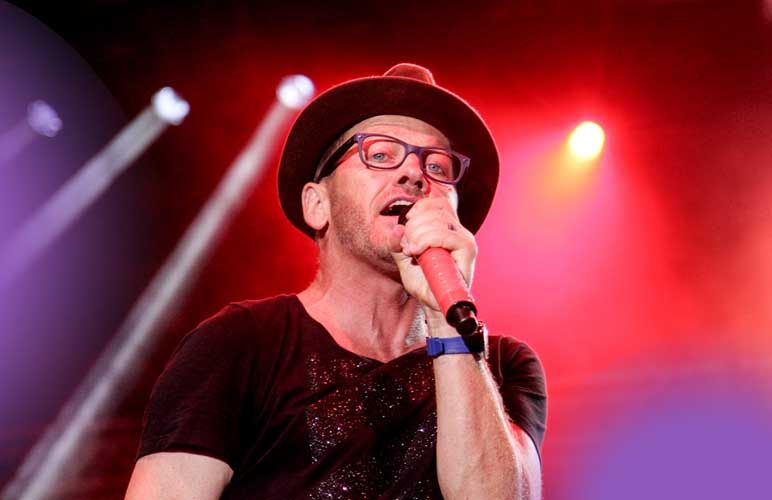 TobyMac - I just need U.

TobyMac is a Christian singer, rapper, songwriter, and record producer from America. He was previously a member of the Christian rap and rock trio, DC Talk.

Toby McKeehan, better known by his stage name as Christian musician, TobyMac, is a versatile performer who admits that he loves a variety of music styles, which all come through in his work. He is passionate about blending all kinds of instruments, sounds, and genres so that his songs can be a party that everyone’s invited to. He is well-known for his membership in popular Christian music group, DC Talk, who reached the height of their success in the 1990’s, although his career began well before then, in his high school years. Throughout the course of his time in DC Talk and as a solo artist, the multi-talented TobyMac has charted over 20 singles on the Christian Songs track list for Billboard. His stint with DC Talk lasted from 1987 all the way to 2000, where he took a hiatus from music.

In 1994, McKeehan married his wife, Amanda, who is the daughter of Jamaica Broilers’ Judy and Robert Levy. This connection to Jamaica became radically important to McKeehan and was key to inspiring some of his work as a Christian musician during that time. In 1998, they welcomed their son Truett (TruDog or Tru) into the world. They went on to have four more children, adopting their twins Moses and Marlee in 2002 and giving birth to Leo and Judah in 2004 and 2006, respectively.

" Life is serious, but I do think that God wants us to enjoy the things He's given us, like music."

The Return of the Mac

After 12 months hiatus, TobyMac made a strong return to the Christian music scene when he launched his solo career in 2001. His debut album Momentum seemed to also sum up the trajectory of his music, debuting on Billboard’s Heatseekers list where it incredibly took out the #1 spot on the charts. The album saw all kinds of success, even winning deals with video game developers and movie producers to feature on such games as Crackdown. Momentum went on to win TobyMac five trophies at the 2002 GMA Dove awards ceremony and receiving a nomination for Christian Musician of the Year. This carried him to be nominated for a Grammy that same year. 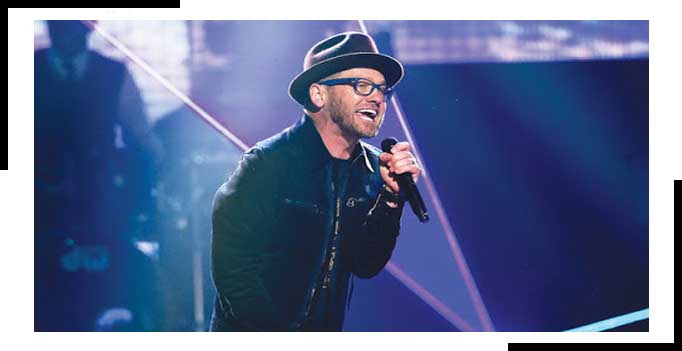 A Christian Musician in a Contemporary World

In 2004, TobyMac came back with certified gold album Welcome to Diverse City, which reached its peak at #54 on the Billboard 200 charts. An impressive 21,000 albums were bought in the first week of its release. Once again, his tracks were picked up by several producers in the entertainment industry, featuring on such popular film titles as Prison Break, Transporter 2, Never Back Down, and The Fast and the Furious: Tokyo Drift. Alongside his success in cinema, TobyMac’s work was featured in major advertisements for a prominent car company, WWE, the NFL, and Sportscentre.

McKeehan’s success in the wider world continued with the release of Portable Sounds in 2007. It was this album, which gave the world its first taste of talent from TobyMac’s son Truett, who featured on the track Hypeman. Portable Sounds received a Grammy nomination in the Best Pop/Contemporary Gospel Album category and was awarded best Rock/Contemporary Album of the Year at the Dove Awards in 2008.

TobyMac was quick off the blocks, diving straight into releasing his third album Alive and Transported in 2008, a live tour recording of his Portable Sounds world concert tour. In 2010, the world was introduced to TobyMac’s fourth studio album, Tonight. The producers of Portable Sounds teamed up on this project, contributing to the high quality of the tracks and propelling it to sell nearly 80,000 copies in its first week.

By 2012, TobyMac was cemented as one of the most talented Christian musicians of the 2000’s and proceeded to release three more albums to date, Eye on It, This is Not a Test, and The Elements, all seeing immense success in the charts and in the hearts of fans worldwide. In 2015, McKeehan’s worled was rocked when his father passed away due to dementia. The artist credits this experience as pivotal in the inspiration of his later work as a Christian musician.

Unfortunately, tragedy didn’t stay away for long for this Christian musician, as TobyMac experienced the loss of his beloved son Truett in 2019. On October 23, Tru was found dead in his home in Nashville after an overdose of amphetamines and fentanyl took his life. TobyMac received an outpour of love and support from his community as he took another hiatus over 2019/2020 to grieve the loss of his son. In the last months of 2019, TobyMac released 21 Years, an emotional outpour inspired by Truett’s death. Speaking to his fans on Instagram, McKeehan wrote, ““The last couple of months have been the hardest I’ve ever faced. Thank you for the love and support… What started out as getting some of my thoughts and feelings about losing my firstborn son down on paper, ended up a song. ’21 Years’ is a song I never wanted to write. I hope it’s for someone out there, or maybe it’s just for me.” 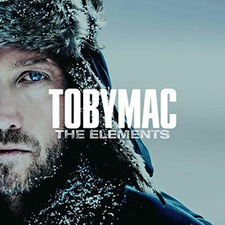 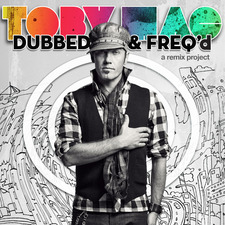 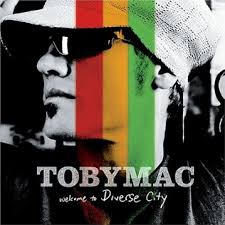 Christian Musician, TobyMac -"This Is Not a Test"

Christian Musician, TobyMac --"Eye On It"