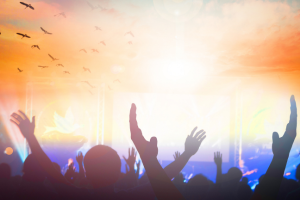 American Music Awards : Approaching its semicentennial anniversary in 2022, the American Music Awards, also known as the AMAs, represents the finest achievements in music, as determined by the fans. A vibrant night of non-stop entertainment, the AMA award show features an all-star line-up, showcasing first-time collaborations and exclusive world premiere performances from music’s biggest names in every genre, from K-Pop to Country. As the world’s largest fan-voted awards show, the AMAs are shown globally across a plethora of linear and digital platforms in over 120 countries and territories.

The American Music Awards began in 1973 as a strategy by the ABC network to counter the move of another popular music awards show, the Grammys. The Grammys had moved to Nashville, Tennessee earlier that year, which led to the ABC, the producer of the first two Grammys telecasts, forfeiting the broadcast rights over to the CBS Network.

In response to the Grammys’ move, Dick Clarke decided to create a competitor to the Grammys for ABC to air. This was the perfect opportunity for ABC and Clarke was just the man to make it a reality for them. Born in 1929, Clark was an American radio and television personality and cultural icon who remains best known for hosting American Bandstand from 1956 to 1989. With his years of experience, Clark was in the perfect position to exploit the wisdom gained from his time involved with the music industry and, as such, he led the production of the American Music Awards for ABC.

Changes to the Formula 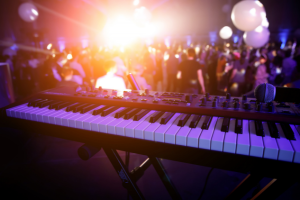 From its inception in 1973 through to 2005, the nominations and award recipients were selected by members of the music industry, based on commercial performance, such as sales and airplay.

However, starting in 2006 and continuing on, winners were instead determined by a poll of the public and fans, who could vote through the American Music Awards website. Nominees were selected considering key fan interactions including streaming, album sales, song sales, and radio airplay.

This model differs from that of other awards, such as the Grammys, which have nominations based on the vote of an Academy and only nominate works from an eligibility period that often changes. These industry selected awards shows are received less positively, giving the American Music Awards a distinct edge over the competition.

However, one flaw with the American Music Awards model is that it fails to neglect genre preferences in its voting system. This makes it difficult for a new artist to achieve general, genre irrespective, awards if they are categorized in one of the various genres that are deemed less popular by the public.

For the first decade or so, the American Music Awards had multiple hosts. For instance, Elvis Presley could host the country portion, while other artists from various genres would co-host and represent their genre. In recent years, however, there has only been one single host. 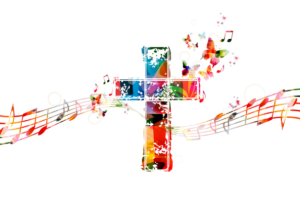 Between 2012 and 2014, as part of a marketing strategy for Samsung, the American Music Awards used the lock screen wallpaper of a Samsung device rather than envelopes to reveal winners. A magnetic screen cover on each phone kept the wallpaper image with the winner’s name secret until opened.

This was introduced in an effort to modernize the awards and stay relevant in an increasingly content driven market. That’s why in 2018, Dick Clark Productions announced a two-year sponsorship and content collaboration with YouTube Music in an effort to propel the awards into the future of televised content.

This opened up more options for the American Music Awards’ delivery, moving away from traditional TV and allowing the AMAs to post videos to their YouTube page in order to increase social media activity and presence. As is the way with social media, this allowed the awards to increase traffic on every account, with clips now able to be shared in a single tweet, and the whole show being accessible to view via a browser.

The American Music Awards have a large number of categories, with awards ranging from best male or female artist in genre to genre irrespective awards, known as special awards, which can be won by any artist that is voted in by the fans.

The digitization of the awards ceremony has allowed viewers who missed the awards that year to stream the whole ceremony from ABC’s streaming services or just view single categories or genres through Hulu recaps. The viewer can also watch recommended shows and sections through this interface, giving the viewer even more American Music Awards content.