The GMA Dove Awards are accolades given to Christian music artists by the Gospel Music Association to recognize significant achievements in the Christian music industry.  Established in 1969 and presented annually ever since, the Dove Awards are known for their rich musical diversity, covering a broad variety of musical genres such as modern rock, pop, hip hop, country, southern gospel, and worship.

The GMA Dove Awards were the brainchild of gospel singer and songwriter, Bill Gaither, who developed the idea at a Gospel Music Association board meeting, as a way to honor outstanding achievements in Christian music. The dove name was chosen for its biblical significance, representing peace and the holy spirit, two things which the awards wanted to promote as values.

The dove awards are presented in a ceremony similar to the Oscars and other such entertainment awards and are available to watch on the broadcast network TBN. Due to the rich musical diversity of the awards there are a large number of categories. As such, only the most popular categories are televised, alongside several performances from various artists. These artists range as broadly as the Dove Awards themselves, with anyone ceremony seeing performances from modern rock, pop, hip hop, country, southern gospel, and worship artists alike. 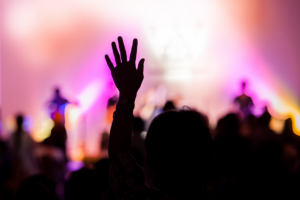 Currently being held at Allen Arena, the GMA dove awards have honored outstanding achievements from the Gospel Music Association’s home in Nashville for the majority of its history. On a few scattered occasions, the Dove Awards have been presented in Tennessee and Georgia, but have always found their way back to Nashville, where they are still held.

The highlight of the ceremonies is the general field awards, which celebrate excellence in artistry irrespective of genre. As such, these Dove awards are just as likely to be presented to individuals representing modern rock, as they are to be presented to those representing Christian and gospel music, creating quite the competition.

With such a strong reputation and appreciation by the Christian Music industry, it is a significant achievement for any musician or artist to even be nominated for a Dove Award. For Christian and gospel music creators, the GMA Dove Awards will always act as the goal to aim for in their industry.