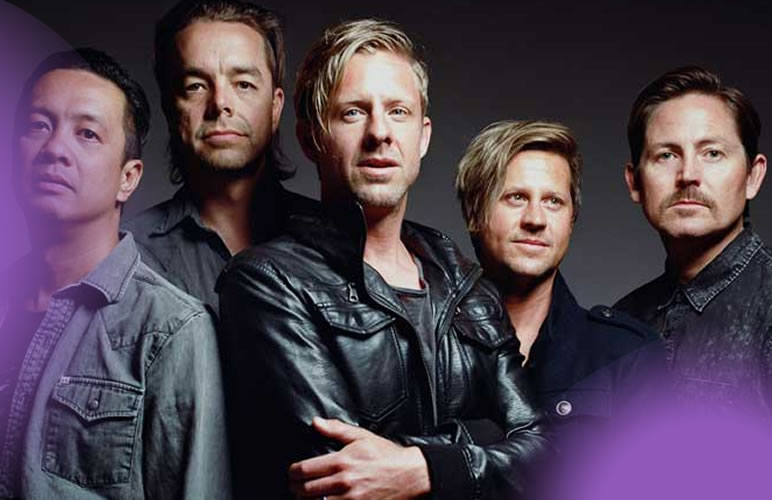 Switchfoot - Dare You To Move

Critically acclaimed Christian rock band Switchfoot were born in the waves of San Diego back in the 90s. The band consists of brothers Jon and Tim Foreman, Chad Butler, Drew Shirley, and Jerome Fontamillas. After bursting onto the scene as an exciting new Christian rock band, the group was honoured to have four of their tracks feature in the 2002 Christian film A Walk to Remember. After the film release, the band went on to debut their first album The Beautiful Letdown which featured hits such as Dare You to Move and Meant to Live. Switchfoot, a small Christian rock band at the time, watched as 2.6 million people bought a copy of the album. They are now known for their exciting, uplifting shows as well as their 2011 album Hello Hurricane, the seventh studio release which won a Grammy for Best Rock or Rap Gospel Album.

The band took home a Grammy Award for Hello Hurricane which won in the category of Best Rock or Rap Gospel Album in 2011. They have been lucky enough to also have won a total of 11 GMA Dove Awards as well as an incredible 12 San Diego Music Awards.

The Story of the Renewed Switchfoot

To date, Switchfoot has released ten studio albums, countless number one singles, and achieved many milestones in the area of records sold, streams, and awards. But after twenty years of pumping out albums and touring energetic shows, the band decided to slow down and have a hiatus.

They had just toured following their latest release Where the Light Shines Through and thought it was an appropriate time for a spiritual, emotional, and physical recharge. They had the special opportunity to revisit crucial questions that were central to the band’s future such as why they are still continuing Switchfoot.

The Christian Rock band found the hiatus proved helpful, resulting in a new album written by a seemingly new band. The fourteen-track album Native Tongue which would be the product of this season of rest displayed the band’s renewed purpose: to pursue joy.

For Jon, the lead singer, joy was an important motivator. He reflected on how joy can be found in every moment and only in the moment, not by living in past or future events. He connected this pursuit of joy in the moment to their ultimate goal in making music.

He intentionally put aside hopes of records sales and expectations of past music to freely write an honest expression of the ‘in-the-moment’ joy he had discovered.

“The season of reflection was a chance to fall in love with songwriting and music all over again.”

Not an Analysis, Just an Antidote

Switchfoot reflected on how they didn’t want to separate and divorce people from them because of the music they were making by including political statements, rather they would offer a message which transcends politics altogether. They noted that words born of outrage, jealousy, hatred, fear, and pain are becoming like the ‘native tongue’ of the western world.

They wanted to offer a counter-narrative to that story, by inviting people to believe that inside everyone is a thread of love running through them.The season of reflection for Tim, the co-founder of the band, was a chance for him to fall in love with songwriting and music all over again.

The poignant lyrics and inspiring melodies were born out of sessions completely free of expectation. Often, he and his brother Jon would sneak away into the studio and just write whatever was on their heart. One song which came from these sessions is the deeply impacting, Let it Happen.

From Surfers to Superstars

Native Tongue is the 11th studio release for Switchfoot after the Christian Rock band first released The Legend of Chin back in 1997. It was this album that kickstarted it all for the San Deigo Surfers and led them to musical heights including their multi-platinum masterpiece, The Beautiful Letdown, Hello Hurricane, which took home a Grammy Award, and Fading West, which was the title of the band’s breakthrough documentary.

Over the years, they have experienced amazing highs but has always felt the weight of the world as they try to pigeonhole them into a particular type of activity. Chad insists that ever since the beginning, Switchfoot hasn’t been a Christian Rock band necessarily, or any other type of band for that matter. They have never fit nicely into a specific genre. He believes their music perfectly showcases the diversity of the band both in terms of life experience and musical inspiration.

For Switchfoot, Writing Songs is Like Catching a Wave

The band all agree that Native Tongue is a blend of kid-like enthusiasm, being available to the moment, and employing their years of experience. For them, writing songs is like catching a wave. Sometimes you can train all year round and when the moment comes to catch a wave, the wave might simply not come. On the other hand though, if the wave comes and you are unprepared for it, you lose out on what could be the most incredible moment of your life.

When it came to writing Native Tongue, it felt like the perfect mix of training and perfect conditions. This allowed the band to take risks that were fun and exciting in that no one knew where the choices they made would take them or their sound.

Upon reflection, Jon feels like he has discovered what the band was always striving to be. With this latest album, he describes it as “an attempt to be a loving embrace of all the human souls who have been weighed down by the times.” It focuses on the things which bring us together and not which tear us apart.

Well, I don’t know about you, but I think the world could use a whole lot more of those kinds of messages. Let’s hope there is plenty left in the tank for this amazing Christian Rock band, as we wait eagerly for what’s coming next. 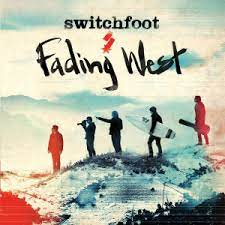 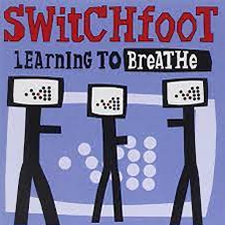 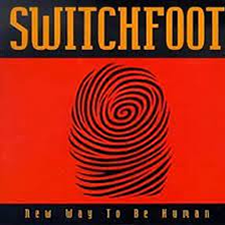 Switchfoot New Way to Be Human

Switchfoot Dare You to Move

Switchfoot Love Alone Is Worth the Fight

Switchfoot This Is Your Life

Switchfoot We Are One Tonight

Switchfoot Head Over Heels (In This Life)