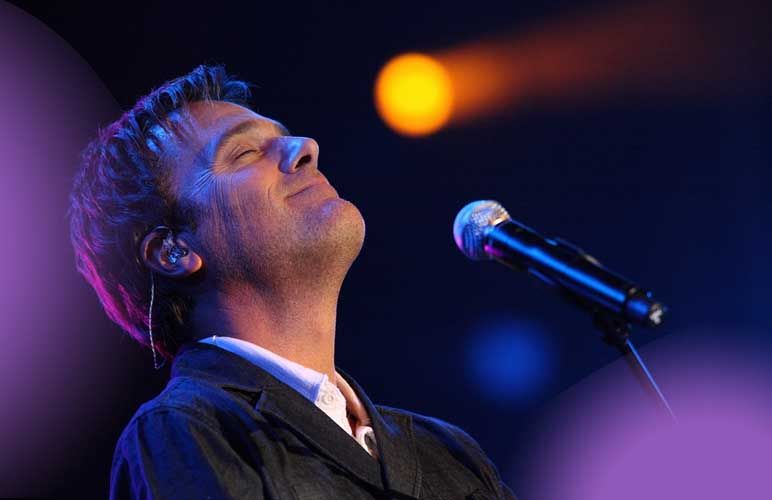 Michael W. Smith's 'Worship Around The World - THE WORD

Michael Whitaker Smith, who is better known as Michael W. Smith, is an American singer, songwriter, musician, and composer. He has achieved immense success on both contemporary Christian and mainstream music charts.

Who is Michael W. Smith?

Born in Kenova, West Virginia in 1957, Michael W. Smith has become one of the most immensely popular Christian musicians of the last 50 years. From an early age, Smith was a practising Christian right up until high school when a support group he was a part of split up. Smith found himself tempted by the allure of drugs, drinking, and parties, as so many of his peers were during this time.

Only just passing college, Smith focused his efforts on songwriting. He eventually relocated to Nashville in 1979 following some interest in his songwriting abilities. Here, he was once again hit by the debilitating drug and alcohol abuse. He began to play in a number of local bands, including the popular Rose.

Not even 12 months into his time in Nashville, Smith experienced emotional warfare, breaking down socially and spiritually. Smith’s life was found again when he recommitted his life to Christ, and his career as a Christian musician began.

The day after recommitting his life to faith, Smith successfully auditioned for Higher Ground, a new CCM group and began touring with them as a keyboardist. It was during this time that Smith would figure out what it meant to live his life as a Christian, dedicated to sharing God’s message. He began the difficult journey of cleaning himself up after four long years dependent on drugs, living his life on a knife’s edge and nearly ‘meeting his maker’ on more than one occasion..

Introducing Smith to the World

In 1981, Smith began his relationship with Meadowgreen Music, writing for them on staff where he mainly wrote gospel hits for many popular artists, including lifelong creative and Christian music companion, Amy Grant. In 1983, Smith released his debut self-titled album, for which he received a Grammy nomination. In the wake of his first album, Smith pressed on to release his second studio album, the aptly named Michael W. Smith 2. When this season of his career had come to a close, Smith’s inspiration turned to rock music with his desire to reach a younger demographic. This saw his material rise to reach the mainstream, widening his audience and transforming his persona as a musician for Christ’s word.

" Love wasn't put in your heart to stay. Love isn't love until you give it away."

Backlash on the Bridge

As it is with many Christian musicians who braved the bridge between faith-based tracks and mainstream music, Smith received some cautious backlash for this change in direction. His label at the time gave Geffen Records permission to market Smith’s albums to the mainstream market. It was his single Place in this World which marked his entrance into the mainstream, achieving top ten status on the pop charts and becoming Smith’s first platinum certified track. Many Christian fans became concerned and labelled Smith as a ‘secular sellout’, but this was not Smith’s perspective. Smith remarked that he was merely seeking to spread the message of the Gospel to a wider platform, so that more people might come to know Jesus personally.

As it turned out, the success Smith experienced with his album, Go West Young Man, would be the first of many GMA Dove and Grammy awards to come. Smith was compared to the top keyboardists in rock, and his popularity produced many gold and platinum certified albums and singles. 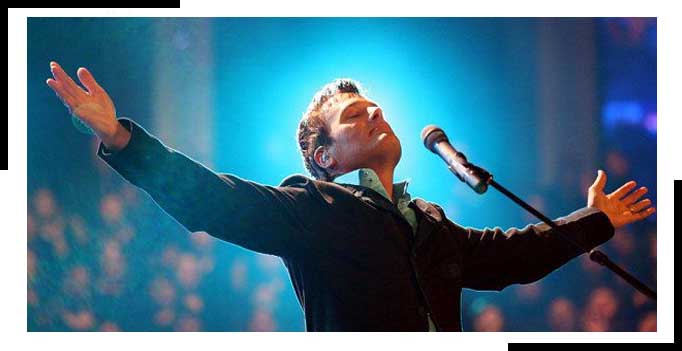 There is More about Michael W. Smith

With more than 7 million records sold, and 25 #1 hits under his belt before the 21st century, this Christian musician was making his mark on the mainstream music industry. To date, Smith has released 22 albums, won three Grammies , been Grammy nominated 11 times, and has taken home an unbelievable 51 GMA Dove Awards. His personal life was somewhat secluded from media attention during his time in the spotlight, something for which Smith was grateful in hindsight.

Together with wife Deborah Kay Davis, Smith has five children, two sons and three daughters. Most of his time nowadays is spent tending his farm at his Nashville home and serving as a member of his church. His 2019 hit worship songs Surrounded (Fight my Battles), and Waymaker have inspired a new generation of Christian musicians and has proven Smith’s ongoing talent. Smith wrote Waymaker with his daughter’s husband Leeland, another popular Christian musician.
With a lifetime of success behind him, despite the challenges and the down times, there is certainly more still in store for Michael W. Smith. 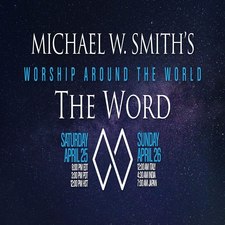 Michael W. Smith's 'Worship Around The World - THE WORD' 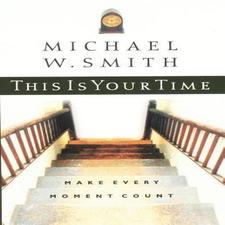 Michael W. Smith - This Is Your Time 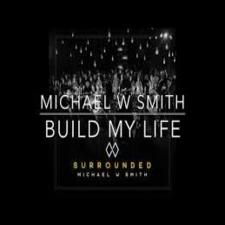