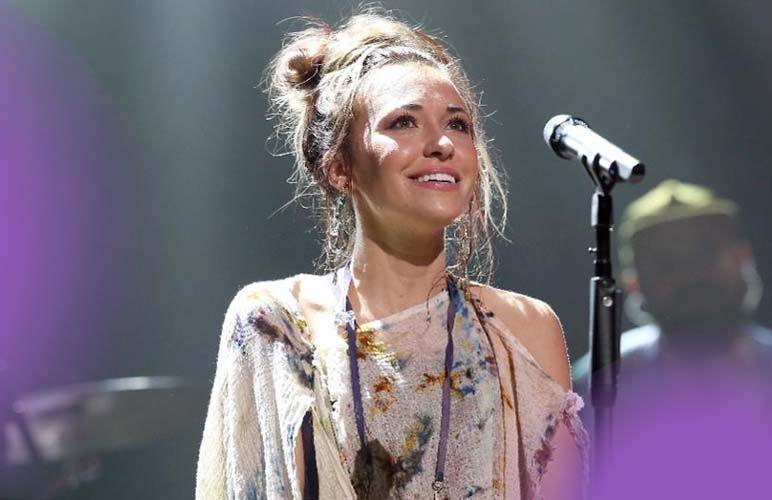 Lauren Ashley Daigle is a 28-year-old Christian musician from Lafayette, Louisiana. You may recognise her from her songs such as “You Say”, “O’ Lord” and “Trust in You”.

Nashville but plans to return to Lafayette, Louisanna 2019

Who is Lauren Daigle

Lauren Ashley Daigle is a 28-year-old Christian musician from Lafayette, Louisiana. You may recognise her from her songs such as “You Say”, “O’ Lord” and “Trust in You”. Lauren writes and sings contemporary Christian music and pop. Lauren was signed to the Centricity Music label where she released her first album ‘How Can It Be’ in 2015. The album achieved No. 1 on the Billboard Top Christian Albums chart, was certified Platinum by the RIAA and produced three No. 1 singles on the Billboard Christian Airplay chart. Lauren has over a million followers world-wide on Facebook, Twitter, Instagram and YouTube. She also has over 5 million monthly listeners on Spotify.

Early life: A Christian Musician in the Making

Lauren was born on 9th December 1991, and grew up surrounded by zydeco, blues, Cajun music and the gospel. Her mother called Lauren a “music box” because she would never stop singing. When she was 15, Lauren was diagnosed with cytomegalovirus – a virus related to chickenpox and infectious mononucleosis. This forced her to spend two years in isolation to protect her immune system. Despite her imposed quarantine, her mother signed the future Christian musician up for singing lessons so that she didn’t become depressed. This changed everything for Lauren and allowed her to focus on her singing and song writing.

Due to her talent and love of singing, Lauren’s family encouraged her to attempt American Idol, which she did in both 2010 and 2012. Lauren did not win, but the demanding process of the show helped develop her into a better singer and songwriter. The ‘no’ she received actually launched her career and she realised that she wanted to be a Christian musician. In answer to an interview question, Lauren says, “It’s amazing how a ‘no’ can be detrimental in one place, but how much power it can also give you!”. She worked hard despite her unsuccessful attempts on American Idol, and managed to become an incredibly successful contemporary Christian musician and pop artists on her own.

Lauren’s career as a Christian musician started in 2010 and continues to this day. Lauren has won many awards for her music, which include: two Grammy’s, seven GMA Dove Awards, five Billboard Music Awards, two American Music Awards and has had four No. 1 singles on both the Billboard Christian Airplay and Hot Christian Songs chart.

In September of 2018, Lauren released her third studio album, ‘Look Up Child’. The album debuted at No. 3 on the Billboard 200 chart, boosted by the success of her single “You Say”. This meant that ‘Look Up Child’ became the highest-charting Christian album by a woman in over 20 years. The album also reached No. 1 on the Top Christian Albums chart, selling about 115,000 album-equivalent units in its first week. “You Say”, the album’s lead single, achieved No. 29 on the Billboard 100 chart and was No. 1 on the Billboard Hot Christian Songs chart for a record-breaking 66 weeks! From these achievements, Lauren earned two Grammy Awards.

Lauren continues to tour by popular demand. In 2015, Lauren was a member of the Outcry Tour. In 2016, she was a part of the Winter Jam Tour in central and eastern parts of the United States. She also headlined her first tour, ‘A Night With Lauren Daigle’, which sold out. Later that year, Lauren joined for King and Country on their holiday tour. In 2017, she, again, was a member of the Outcry Tour. Lauren also performed in the 2019 Austin City Limits Festival. 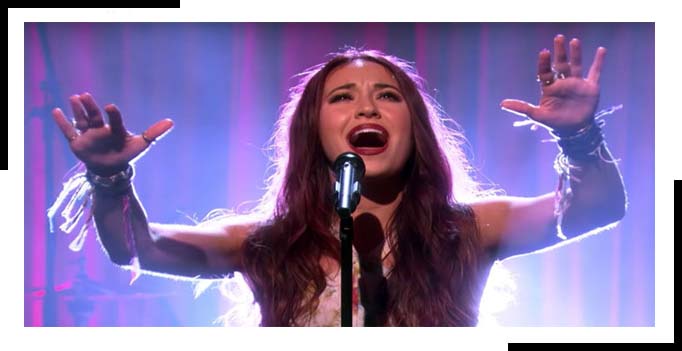 As a Christian musician, God has influenced Lauren’s work in many ways. He inspired her to keep pushing towards her music career. In her works, there are many lyrics about God’s love and how He gives us strength. Many of Lauren’s fans have even said that her songs about God’s love gave them hope and even saved some of their lives or renewed their own faith in God. Her song, “I Am Yours”, talks about how she puts her faith in God and how He is there to look after her and show her love. She focuses on how despite there being ‘storms’ and ‘rising waters’, God is there to protect her and hold her in His hands. Lauren’s blind faith in God is beautiful in an indescribable way and her fans are clearly able to feel what she feels. Lauren lets her faith guide her and is able to share that with her fans.

Lauren says that when she was kept in isolation due to her illness, she felt totally defeated. At that time, God’s presence in her life became incredibly significant because Lauren says that “He actually reached down and pulled me out of the depths.” Her song, “My Revival”, was about how she experienced the miracle of God. Lauren says that her healing from her illness “wasn’t through a remedy”, it was that God taught her that “I’m not a God who causes sickness, and I’m not a God who prolongs sickness. I’m a God who has called you healed.” Lauren was able to share this valuable lesson with the world through her music as a Christian musician and has given hope to those who suffer as she did as a teen.

“In their hearts humans plan their course, but the Lord establishes their steps.”

This speaks volumes as to the kind of person Lauren is, and through her faith, how she was able to maintain strength and move forward as a Christian musician, doing what she loves, what she was called to do. 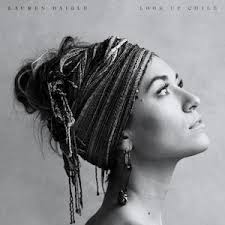 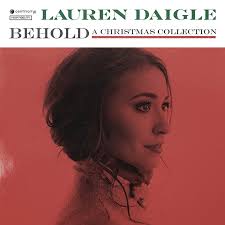 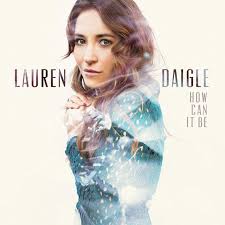