Who are the Most Famous Mormon Singers?

Despite what you might think, there are many popular contemporary musicians who are actually famous Mormon singers. 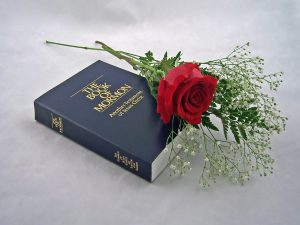 A handful of these Christian musicians were raised into church life and have now moved on, and some are still actively pursuing the Mormon faith today.

A selection of these famous Mormon singers even embarked on mission trips, which took them across the globe for years at a time.

When you think of the most famous Mormon singers, Gladys Knight is sure to come to mind. Knight initially became part of The Church of Jesus Christ of Latter-day Saints toward the tail end of the 1990s. According to sources, “There Is a Green Hill Far Away” tops the list for her favorite hymns.

Another famous Mormon singer is Marie Osmond. At one point, she declared that, “The God that I believe in is a God of love, not fear.” 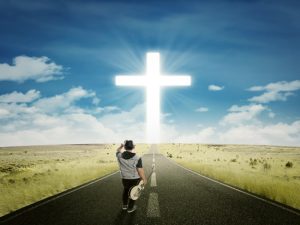 When he did an interview with NPR, he chatted about his hometown Las Vegas and how the city was initially founded by Mormons. Brothers who are a part of popular band Arcade Fire, Win and Will Butler, grew up in a Mormon home with their mother practicing the faith.

A selection of these famous Mormon singers even embarked on mission trips which took them across the globe for years at a time.

Famous Mormon Musicians of our time

Gladys Knight famously became a part of The Church of Jesus Christ of Latter-day Saints in the tail end of the 1990’s and is still an active part of the community. She was originally a Baptist but was baptized into the Mormon church after her two of her children.

The famous Mormon musician who came to fame for her singing and violin playing is open about her Mormon faith. At one point she revealed that, “There was a time in my life when I lost all my ambition, I had no purpose, and I began to hate myself. The Church of Jesus Christ of Latter-day Saints was an essential light in my life that helped my love myself again.”

Image Courtesy of: Brandon Flowers’ Facebook PageLead singer of popular band The Killers, Brandon Flowers is a committed Mormon. He told NPR in an interview that his hometown of Las Vegas was actually first founded by a Mormon community, a fact that he is deeply proud of.

Marie Osmond is proud to associate herself with the Mormon faith. At one point she is recorded as saying, “The God that I believe in is a God of love, not fear.”  She lives her life by these words.

Originally rising to fame on his journey through American Idol, David Archuleta is a committed Mormon and even embarked on a two-year mission trip to Chile. He ascribes his success to the connection with his church and his Saviour.

Donny Osmond is not shy about professing and actively promoting his Mormon faith. Anyone who is curious about anything to do with Osmond and the Church of the Latter Day Saints can find detailed responses to frequently asked questions on his website.

This one might surprise you, but Neon Trees lead singer Tyler Glenn is actually a famous Mormon musician. What makes this particularly unexpected is that he is openly gay. Asked about this seeming contradiction, he vulnerably responded, “I’m still figuring out how my relationship with religion and my sexuality goes — but I believe staying and fighting for the cause within the state and within the church is way better than leaving and being angry and rallying against it.”

Successful music group The Jets which is made up primarily of members belonging to the Wolfgramm family, are passionate and committed to studying the Book of Mormon. The band originally consisted of 8 of the eldest members of the family of 17 children. Their parents, originally from the island of Tonga, in the South Pacific, encouraged the Morman faith in their home.

Another American Idol alumni Brooke White is a famous Mormon musician. At one point she reflected on her faith, “I feel understood by the Savior because I know that He has felt it all.” Even at her American Idol audition, White expressed a modest style of dress and aversion to alcohol, in accordance with her Mormon beliefs.

Win and Will Butler

Lead singer of popular contemporary band, Arcade Fire, Win Butler grew up in a Mormon household predominantly under the influence of his mother. Despite there being some stigma around the strictness of growing up in a religious household, he reflected that, “I had a somewhat religious upbringing. Not strict, but it was there and I’m kind of thankful for that.”

Alongside his brother, Arcade Fire musician Will Butler’s childhood was influenced largely by the Mormon church. He says that a lot of the values and themes still make their way into their art today.

Popular musician born in London, Alex Boye is happy to say that he’s a practicing Mormon. Reflecting on why he holds this religious view, he told an interviewer, “I am Mormon, because I have finally found something that I believe in that has given me a vision of how I should live my life successfully, happily and in the most purposeful and fulfilling way.”

Imagine Dragons front man Dan Reynolds grew up as a committed Mormon, and even embarked on a mission trip in Nebraska after graduating high school, which lasted for two years. When asked about his faith, Reynolds reflected, “I don’t necessarily agree with a lot of the culture that comes with it, but I still identify as Mormon.”

Panic! at the Disco bandmember, who plays bass and sings back-up vocals, Dallon Weekes, grew up as a member of the Church of Latter-Day Saints. His bandmate, Brandon Urie, had a similar upbringing in the faith but has since walked away battling with the beliefs and confessions of the church.

From Gladys Knight to Tyler Glen, famous Mormon singers have helped to shape the Christian music scene over generations.