Zach Williams’ powerful and poignant journey details how a young man was seduced by the illusion of rock stardom, and later embraced by the contemporary Christian music community. Over his career, Williams carved out a niche with his singular blend of southern rock, country, and faith-filled songwriting, which has won him immense success in the Christian music industry.

Zach Williams’ powerful and poignant journey details how a young man was seduced by the illusion of rock stardom, and later embraced by the contemporary Christian music community. Over his career, Williams carved out a niche with his singular blend of southern rock, country, and faith-filled songwriting, which has won him three Grammy Awards and immense success in the Christian music industry.

Zach Williams grew up attending church regularly with his parents where his father was a pastor who led worship, and his mother sang with the church choir. This early exposure to Christianity and immersion in the Christian community was pivotal in developing his future career in contemporary Christian music.

Zach was also a star basketball player—like his father—and he came very close to clinching a Division I scholarship, but just missed out on making the cut. Eventually, Zach earned a full scholarship to Northwest Arkansas.

However, as was the case with most young men of his age, Zach was more interested in dedicating time to partying and enjoying life than actively pursing his basketball career. Sadly, both these hobbies were cut short when Zach injured his ankle during practice before the first game of his collegiate career, forcing him to sit out the whole first season of college games.

In a fortunate twist of fate, this injury indirectly lead to Zach William’s future career in Christian music. In college, while recouping from the injury, Zach began to fumble around on his roommate’s guitar. He soon found writing songs felt natural, and his drive to pursue music surpassed his pro basketball dreams.

Post-college, Zach embraced being a musician, and, at the time, that meant living up to the mythical rock n’ roll lifestyle. Soon, he became the front man for an on-the-rise rock band, touring tirelessly, and embodying the rock star stereotype. “I realize now, I built up this persona that just wasn’t me. I was full of myself, and I was a jerk to a lot of people,” he shared candidly.

Zach Williams’ ‘rock and roll lifestyle’ lead him to a dark place, receiving a diagnosis for esophagus cancer. Despite turning out to be a false positive, the doctor still sternly warned Zach that his current lifestyle would kill him if he continued with it for much longer.

Not knowing how to continue, answers came when one of Zach’s bandmates began attending a church in Jonesboro, and Zach and his family decided to follow suit. They were immediately embraced by the church community, and it was there that they found a spiritual home. Slowly his rock star veneer began to drop away as he delved deeper into renewing his faith in Christ.

Zach tried to carried this spirit with him on his band’s European tour in June 2012 and, while on the road, had passionate talks about Christ, faith and a new life with his church-going bandmate. This was where Zach Williams laid the foundations for a faith that would take him on a whole new life journey.

Family, rediscovering his faith and sobriety became Zach’s primary focus after this tour of self discovery. He took a job in construction working for his father’s company to pay the bills while he humbly rebuilt his life. Through a commitment to Christ, humility, and love, he began to piece his life back together.

Zach and his family were baptized, and he was given the honour of being campus director and worship leader at their church’s new campus, which led to a full-time position after a year of being part-time at the church while still working for his father. “The first time I led worship was the first time in life I felt like I wasn’t faking it,” remembered Zach.

Occasionally filling in at his local church choir performances, it was by chance that one day Zach Williams was discovered by music producer and songwriter Jonathan Smith. Smith was visiting his wife’s family who attended church regularly and were present in the congregation. Zach recalls: “He heard me sing and invited me to have coffee. He said, ‘I need to hear your story—people don’t sing like that without a story.’”

Jonathan invited Zach to come to Nashville to write with him and Mia Fieldes, which led to the trio writing his debut smash single, “Chain Breaker”. Soon, Zach found himself making the trek to Music City more and more often, and a new career began to slowly come into focus. “Chain Breaker” was eventually played at a label meeting, and Zach was signed to a record label based on his singing at church and the song’s demo version.

Chain Breaker eventually developed into Zach’s debut album as a solo artist. The album was released in 2016 to critical and commercial acclaim, reaching No. 1 on the Hot Christian Songs Chart and the Top 10 on Christian radio.

Following Zach’s remarkable success story, he began volunteering to perform in prisons as a way to give back, and in an effort to help those who needed redemption similar to what he himself had received. “I remember after playing the song ‘Washed Clean,’ I opened my eyes to see 35 inmates on their knees, giving their lives to the Lord. Me and my buddy, Robbie, were in tears,” he recalls. “Those were redemptive moments because the way I was living, I could have been right there in prison, too.”

Inspired by prison ministry, Zach decided to follow up his Chain Breaker album with a second album, the poignant six-song EP, Survivor: Live From Harding Prison. The album was filmed and recorded during a concert for inmates of the Tennessee-based penitentiary. The EP also earned him his third Grammy in a row, adding to his growing list of No. 1 songs, awards, accolades and certifications.

What Is Next For Zach Williams; Rescue Story to Success Story

Zach Williams is an interesting artist who has gone through a great deal in his life time, and attributes all his success to his faith. When asked about his career, Zach believes that he has been blessed with a second chance through a loving family and a fresh start with music. “The biggest thing I’m grateful for is my relationship with my wife and kids,” he shares. “Now, I won’t play anywhere where they can’t come along.”

Along with this immense clarity of purpose, Zach Williams has also been blessed with a crisp and renewed vision of who he is as an artist and a songwriter. This evolution and redemption in Zach Williams’ own eyes is what his latest album, Rescue Story centres on.

An emotive album about redemption, personal revelation and courageous self-reflection, Zach’s new collection of songs fit together much like a book, with each song being an essential chapter in the overarching narrative. Musically, the album further explores the distinct country and rock n’ roll sensibilities that inform Zach’s stirringly soulful songwriting.

Reflecting on his new album, and the blessings Christ has given him, he says: “When I gave my life to the Lord, I realized He never left me, even in the dark times. For this new album, the title fits because every song in it has a rescue story. When you’re at your end of the rope, that’s when your rescue story begins. In my case, Jesus has been my rescue story.”

Christian music would not be what it is today without Zach Williams and his singular blend of southern rock, country, and faith-filled songwriting, and the genre as a whole is lucky to be in possession of such a talent with a raw and genuine spirit. 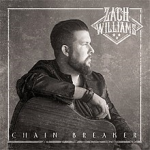 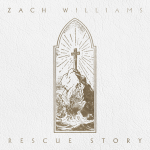 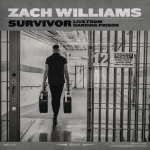 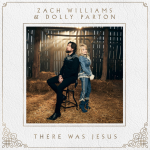 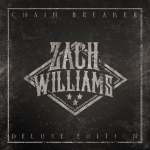 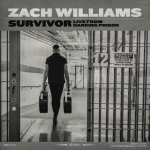 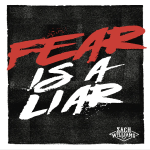 Fear Is A Liar 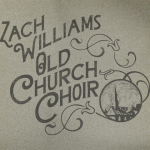 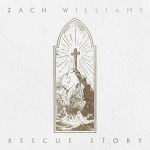 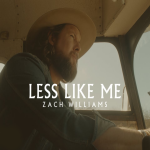 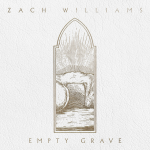 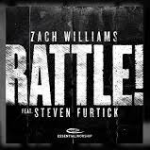 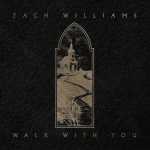