A prayer and a Jukebox

Quick facts about The Imperials

The Imperials are one of the longest running American Christian music groups, having been active for over 55 years. Originating as a southern gospel quartet, the innovative group would become pioneers of contemporary Christian music in the 1960s.

The Imperials have won four Grammys, 15 GMA Dove Awards and have been inducted into the Gospel Music Hall of Fame.

The imperials have recorded forty six albums studio albums, alongside a selection of collaboration albums and compilation albums.

The Beginning of The Imperials

The band had its genesis when Jake Hess retired from his Southern gospel quartet in 1963, with the dream of making a new group that would be recognized as “king” of the Southern gospel field. After coming up with the moniker of the ‘Imperials’, a title which fitted his goals, he gathered together pianist Henry Slaughter from the Weatherford Quartet, ex-Oak Ridge Boys baritone Gary McSpadden, the Weatherford Quartet’s bass singer Armond Morales and Speer Family tenor Sherrill Nielsen to join him.

After signing with Benson Records in 1964, the group recorded their first of many albums on the Heart Warming Records label. The following year, the quartet moved from Atlanta to Nashville, Tennessee and began to gain popularity as a mainstay of the Nashville music scene.

After a few members left to pursue other careers, Jake Hess decided to assemble a newer, more contemporary quartet in 1966. This new iteration of the Imperials featured Joe Moscheo on piano, Larry Benson on drums, keyboard and bass, along with Dave Mathis on electric guitar. This line-up formed the foundation for the new sound the group was developing.

An unfortunate turn of events saw Ron Hamm replace Mathis on guitar within a few months. In late mid 1967, Hess began having heart issues and by the end of the year left the road, under doctor’s orders, turning the reins of the group over to Morales, Moscheo and Murray. McSpadden also chose to leave around this time in 1967.

With new members Roger Wiles and former Stamps Quartet member, Terry Blackwood, the group became known as The Imperials, rather than “Jake Hess and the Imperials” and adopted a more contemporary sound on the 1967 album New Dimensions. It also brought them their first of many awards: “Male Quartet of the Year” in 1969 from the Gospel Music Association, which at the time, was an incredible achievement.

Elvis Presley had long harboured a love for gospel and Jake Hess in particular, a love which eventually reached the new Imperials and led to a meeting, resulting in a friendship and a partnership. The group recorded with Elvis in sessions from May 1966 to June 1971. leading to two Grammy Award-producing albums: How Great Thou Art, which won a Grammy for the title song, and He Touched Me which again won a Grammy for the title song.

In 1969, Elvis hired the group to perform in concert with him after the Jordanaires had turned down Elvis’ invitation to tour and play Las Vegas. As studio singers, they did not feel they could afford to be away from Nashville for such a long period of time.

At the same time the Imperials appeared with Jimmy Dean, live and on his television show. In November 1971, because of scheduling conflicts, they decided to stop performing with Elvis and in the following year the group quit performing in concert with Jimmy Dean as well. Whether this was an effort to shine on their own as artists or merely a natural drifting apart, this marked a new chapter for The Imperials. With the exposure they had gained from their high level collaborations, the ensemble was in the prime position to create a name for themselves that would transcend any of their previous accomplishments.

SEE ALL The Imperials HERE

The First Interracial Christian Group America Had Ever Seen

This title they had created for themselves first surfaced in 1972 when The Imperials surprised gospel music fans by hiring Sherman Andrus, a former member of Andrae Crouch and the Disciples to replace Greg Gordon. This made them the first interracial Christian group America had ever seen, a moniker which they still wear proudly to this day.

The line-up of the group stayed stable with Andrus and Terry Blackwood sharing lead vocals through 1976. The only change came when Joe Moscheo left just after recording of Follow the Man with the Music. The following year, the pair themselves left to form contemporary Christian music act Andrus, Blackwood & Company.

In early 1976, the group hired baritone David Will, who sang lead for the Keystone Quartet and the Statesmen, and would stay on for 23 years with The Imperials, and soulful belter Russ Taff as their new lead vocalist. The Taff-led outfit is heard on the albums Sail On, Imperials Live, Heed the Call, One More Song for You, Christmas With the Imperials, and Priority. It was during this era that the group found their biggest success, both with awards and on the charts.

A New Lead Singer and a New Beginning

After five years with the group, Taff left for a solo career. Paul Smith, who while promoting an Imperials concert at Baylor University, gave Armond Morales a tape of his music. When Morales knew that Taff was leaving, he called Smith and the rest is history

Paul is first heard on 1982’s Stand by the Power. During Smith’s time with the group came another first, a 2-disc album with each member taking a solo side (Side by Side),which gave them their last Dove Award. This was followed by a return to four-part harmony singing (The Imperials Sing the Classics) before returning to their Christian pop sound on 1985’s Let the Wind Blow.

The group saw its biggest turnover since Blackwood and Andrus’ departure when both Smith and long-time tenor Jim Murray left the group. Smith opted for a solo Christian music career while Murray sought to perform more traditionally styled gospel music again. Smith was replaced by Danny Ward, but he left before recording an album with the band. Eventually, Jimmie Lee Sloas and Ron Hemby were brought in as new members, bringing an infusion of youth into the group.

The Imperials stirred up controversy and lost some of their long-time fans when they exchanged their usually soft pop-rock sound for a more rock sound with prominent electric guitars for the 1987 album This Year’s Model. The song Power of God became a theme song for Christian bodybuilders The Power Team and new younger fans began to attend Imperials concerts.

The album Free The Fire reverted back towards the soft pop sound and, after its recording, Sloas became the next Imperial to seek a solo career. David Robertson replaced him but following 1990’s Love’s Still Changing Hearts he himself opted to go solo with Jason Beddoe and Jonathan Pierce joining the ranks.

In 1991, The Imperials would surprise fans again by bringing in Armond’s sister Pam Morales to the line up. Although she appeared with The Imperials in the early 80s as a backup singer, this would be the first time a female was a front member of the quartet.

Longtime member Armond Morales decided to bring her in when Beddoe left the group while in the midst of recording for Big God. She remained in the lineup through 1993’s Stir it Up. This was another first for the Christian music scene, with female artists rarely ever taking a role in a male group, especially within gospel group.

A New focus For an Old Band

1993 saw the group change and go in a different direction, leaving behind a set contract agreement for most performances. The Imperials began to re-establish themselves by scaling down their act, opting for simple accompaniment and more intimate church performances.

The Imperials that year performed in over 200 churches, more than they had for the previous two years combined. This change was followed by another in 1994, when the band returned with new members Steven Ferguson and Jeff Walker, both of whom were ordained ministers—as were Armond and Will by this time.

This new iteration of The Imperials went on to sign a one-project deal with the familiar Impact Records, which had just been re-acquired by Homeland Records and Landmark Distribution. After a three-year recording hiatus, the release of Til He Comes marked the change back to a four-part harmony sound—losing the hard edge of previous albums and helping bring their original fans back to the fold.

In 1998, The Imperials were inducted into the Gospel Music Association’s Gospel Music Hall of Fame. All five original members, Hess, Morales, McSpadden, Sherrill, and Slaughter; as well as Blackwood, Andrus, Moscheo, Murray and Taff were there to accept the induction.

In 2003, the five members of The Imperials that toured with Elvis (Murray, Blackwood, Wiles, Morales and Moscheo) reunited for a 25th Anniversary, Elvis Lives concert and DVD recording, in Memphis, Tennessee.

In September 2004, Armond Morales transferred ownership of The Imperials to the lineup at the time: son Jason Morales, Jeremie Hudson, Ian Owens and Shannon Smith. This version of the group released two albums on Lamon Records, The Imperials (2006) and Back to the Roots (2007), which is a collection of new versions of classic Imperials songs, and delivered the group’s first top 20 song in more than 15 years. The Hudson-Smith-Morales-Owens lineup of the group also performed at Carnegie Hall (the first time The Imperials ever appeared at that venue).

In 2008, the Imperials were inducted into the Christian Music Hall of Fame. Taff was inducted for his contributions separately but performed with The Imperials and made the acceptance with them for the broadcast.

This induction to the Christian Music Hall of Fame marked the conclusion of a long running career for The Imperials, but by no means diminishes their long lasting impact on the industry as a whole. Rumours have been circulating of a reunion tour which would see The Imperials sing inspirational classics, and introduce a new iteration of the band with names like Scott Allen, Perry jones and Shannon Smith tossed around as lead singer. Regardless of what the future holds for The Imperials, their 55 year long history is legendary within the Christian Music scene. 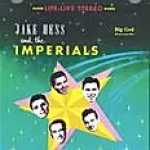 Jake Hess and The Imperials 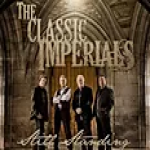 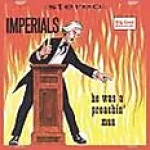 He Was A Preaching Man 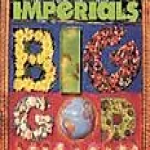 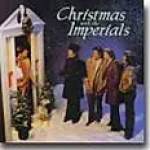 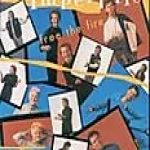 Free The Fire In Me 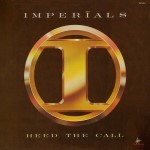 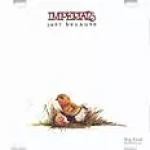 Just Because He Loves You 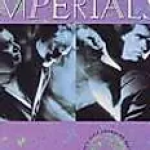 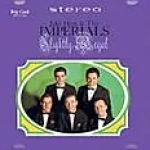 Precious Friend Of Mine 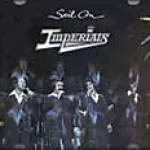 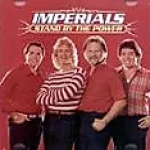 Stand By The Power 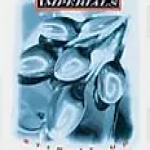