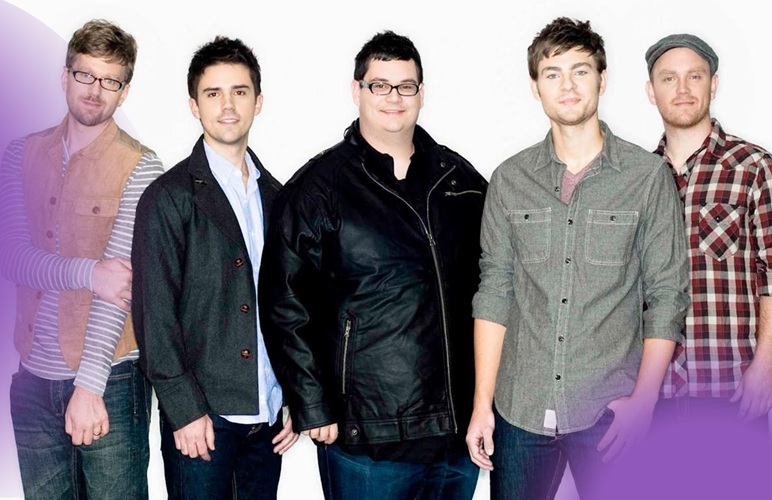 To date, Sidewalk Prophets have released three studio albums, recorded a total of five chart topping singles, and have seen eight of their tracks hit the top 5 on the Billboard Christian Music charts.

Sidewalk Prophets are More Than Music

Sidewalk Prophets are far beyond just a music act; they are a real-life family. It is their mission and passion to give everyone who meets them and listens to their music a sense that they are loved and worth so much more than they think.

Go to one of their live shows and you can tell that they not only love performing as Christian Rock musicians, but they also love the people they perform for as well. Their roots are in leading worship with their first ever performances as a group being for a chapel at the college they attended. For the band, worship is so much more than just life, it is a lifestyle.

The Backstory of Sidewalk Prophets

Sidewalk Prophets, the Christian Rock band started on the Indiana campus of Anderson University when Dave Frey (lead vocals) and Ben McDonald (rhythm guitar) first came up with the idea in 2003. They had recorded a rough demo of a song they’d written which was then secretly entered into a college contest and won them a spot to perform later that year.

Not Slowing Down Soon

There is no indication that the band is on their way to stopping soon. To date, they have released three studio albums, recorded a total of five chart-topping singles, and have seen eight of their tracks hit the top 5 on the Billboard Christian Music charts. There is no doubt that Sidewalk Prophets have been solidified in the industry and are ones to watch in the years to come.

Even though there have been some recent changes in the band’s live set with Ben stepping down from his onstage duties, Sidewalk Prophets are still pushing forward with creative songs that touch the heart of every listener, Christian or not. Ben is now the band’s manager and is key in driving innovation and intentionality within the band.

“Sidewalk Prophets are ministers before they’re musicians, pastors before popstars.

Following that experience, Sidewalk Prophets made connections with radio presenters, record labels, and even Will McGinnis of popular Christian Rock band, Audio Adrenaline. The latter relationship presented the boys with an opportunity to perform in front of 20,000 people. Soon after, they met with an executive from Word Records to discuss a record deal which led them to showcase at Lancaster Christian Academy in Smyrna, Tennessee. They also welcomed more members to the band including Shaun Tomczak (lead guitar), Cal Joslin (bass), and Justin Nace (drums).

Some of the highlights of their early career include touring with contemporary Christian musicians Jeremy Camp and Audio Adrenaline on the back of some of their independent work before the record label signing. 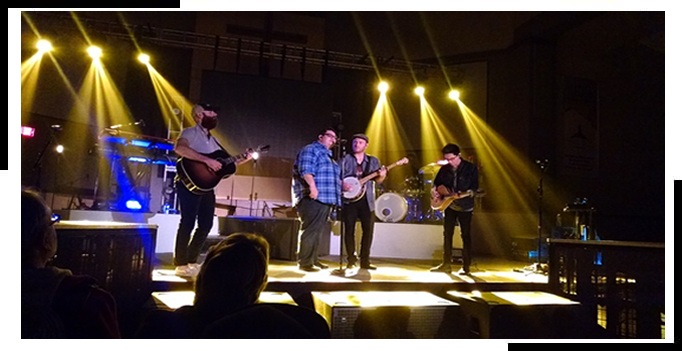 Sidewalk Prophets’ first studio release with Word Records, These Simple Truths, saw the band take home the New Artist of the Year title at the Dove Awards, also being nominated for Pop/Contemporary Album that same year. Four tracks did particularly well that year with You Can Have Me reaching the top 20 on the Billboard Christian Singles chart, their Christmas single Hope Was Born This Night hitting the top 10, The Words I Would Say taking out third on the charts, and You Love Me Anyway smashing its way to the number one spot.

The group rounded off the year by touring with some memorable names such as MercyMe and Francesca Battistelli as well as a few others. That wouldn’t be the end to their success though as the following year in 2011 saw them earn another Dove nomination for Group of the Year.

Sidewalk Prophets Giving Back to Their Fans

At this point, the band wanted to give back to their fans who had journeyed with them through so much of the success so far. To honor the commitment of their fans, the group attributed their next studio album Live Like That to those who had supported them. Some of the fans even sing backing vocals on the recording.

The album was produced by Ian Eskelin who played a major part in their previously successful single The Words I Would Say.

Looking Back and Moving Forward

In 2020, the band released their latest album The Things That Got Us Here, looking back on an incredible career and looking ahead also for what more is in store for Sidewalk Prophets.

When the two boys met eight years ago on campus at Anderson University, neither had any idea of the success that was to come for Sidewalk Prophets, the Christian Rock Band. It only takes the listener one time hearing their debut release These Simple Truths to realise that they were always destined for success at some level.

For the better half of the last decade, the band has been on tour, playing shows effortlessly and falling in love with the art more each day. With every new rung climbed, the group always maintains it is God’s ladder. They are transparent when it comes to what inspires them and encourages them through the highs and lows of life on the road. At the end of the day, it’s all about love for Sidewalk Prophets.

In an honest and heartfelt interview, Sidewalk Prophets reflected on the times they slept in janitor’s closets at venues, had to get by eating nothing but beans and flatbread whilst still writing hit songs and performing outstanding shows. They said that the thing motivating them through and constantly driving them was thinking about that kid at the show who never was picked first for sport and those people are the reason Sidewalk Prophets are more than a Christian Rock Band. Those kids are why they are ministers. 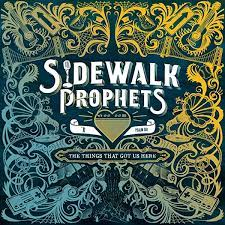 Sidewalk Prophets The Things That Got Us Here 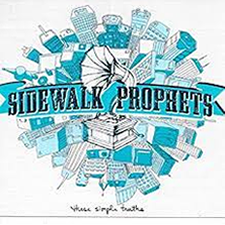 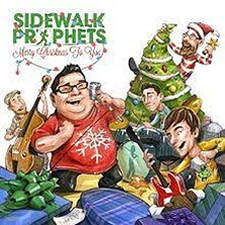 Sidewalk Prophets Merry Christmas to You

Sidewalk Prophets You Love Me Anyway

Sidewalk Prophets The Words I Would Say

Sidewalk Prophets Help Me Find It

Sidewalk Prophets Come to the Table

Sidewalk Prophets To Live Is Christ

Sidewalk Prophets You Can Have Me

Sidewalk Prophets What A Glorious Night

Sidewalk Prophets This is Not Goodbye