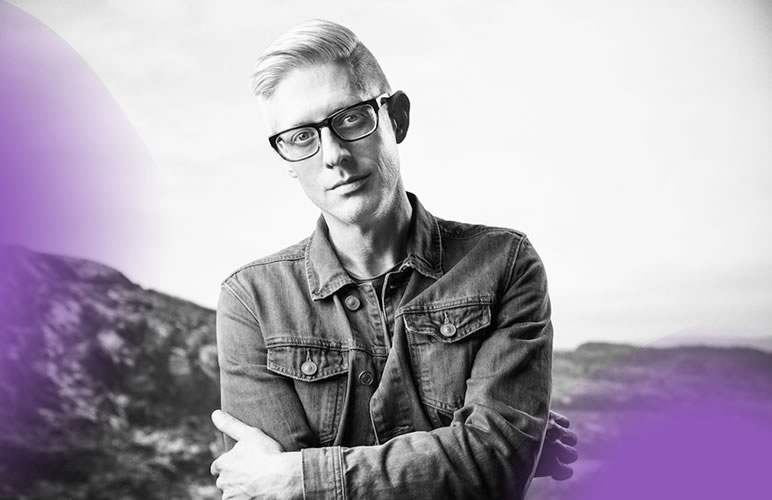 9 Grammy Award nominations, 7 GMA Canada Covenant Awards and 3 other nominations, 3 GMA Dove Award wins and 2 other nominations, the winner of three Unity Awards, and his album 'Empty & Beautiful' was titled the Catholic Album of the Year in 2008. Has also written songs that have been recorded by several popular Christian artists.

At a young age, Matt Maher was recognised by his family for his musical talent. They took him to piano lessons and Matt grew up surrounded by music and love. During high school, Maher participated in choirs, jazz ensembles and even played in a garage rock band. Just as he was starting to go to college, Matt’s parent’s divorced and he moved with his mother to the United States, and she held citizenship there.

A lot was new for Matt, however, he was glad to have music as a constant in his life. Matt received a scholarship to study jazz piano at Arizona State University and got his music degree there. He paid for college by playing the piano at a local hotel. Matt later moved to Mesa, Arizona and met with several other songwriters and artists to begin a career in the music industry. This is where Matt Mahers’ drive to be Christian Musician began. He worked full-time at his church, St. Timothy Catholic Community and wrote several songs for it.

A Career in the Christian Music Industry

Matt Maher signed to EMI publishing in 2005 and recorded music with several artists such as Chris Tomlin, Kathy Troccoli and Bethany Dillon. He toured the world to perform his music and people quickly realised how talented Matt was as not only a songwriter but as a singer and worship leader as well. In 2007, Maher signed to Essential Records and released his debut studio album ‘Empty and Beautiful’ in 2008. That year, Maher also got to perform for Pope Benedict XVI as he was asked to lead worship at the Rally for Youth and Seminarians in New York.

With Essential Records, Matt continued to release new albums including his 2009 release of ‘Alive Again,’ which peaked at No. 6 on Billboard’s Top Christian albums chart. That year he also went on the “New Hallelujah Tour” with Michael W. Smith, Meredith Andrews and Pil Stacey. He also went on the “Rock And Worship Roadshow” in 2011, which was headlined by fellow Christian artist, MercyMe. Matt also had the opportunity to perform for Pope Francis in 2013 at World Youth Day in Rio, Brazil. Maher’s Catholic Faith and similar Christian Contemporary Music styles can be related to artists like Danny Gokey or Jeremy Camp.

When we sing together ... God inhabits that, and works in people's hearts and souls ... it's very transformational.

Matt Maher was first introduced to Jesus while attending a youth group with his cousin after he had moved to the U.S. His youth pastor and the church’s music director eventually realised Matt’s musical talents and asked him to help them. Matt considers this a crucial part of his journey to serving God through music and his career today.

Recently, Maher opened up about the COVID-19 pandemic and how for him, God used it as an opportunity to help him grow as a father for his three children. As he was unable to tour, Matt spent a lot of time at home with his family and felt that God was exposing how he lacked as a father and made him realise that he wanted to do better.

He explained that in his experience, children will model God from how their parents act, especially their dads. However, God isn’t flawed like humans; He doesn’t get angry and impatient, He is simply filled with love. So, Maher wanted to make sure that his kids would have a better model to base God off by improving himself for them.

This life lesson was part of the inspiration behind why Maher decided to record the song, “Run To The Father” which he wrote with fellow worship leaders, Cody Carnes and Ran Jackson. The song was originally made for Carnes, however, Matt decided to release it himself as he felt so connected to its meaning as a parent. Matt explained that if his children are hurt or upset, they always run to him or his wife, and if he sees them suffering, he runs to them.

This led to Maher’s realisation that if we, as the children of God, are hurt or in pain, we can open our hearts to God and run to him. Likewise, if we are suffering, we should remember that God will run to our sides too.

The Latest from Matt Maher

Christian Contemporary is where Maher shines. Matt Maher’s latest album, ‘Alive & Breathing‘ was released in 2020. The album is made up of a bundle of four ‘volumes’ he released consecutively over autumn and winter that year. It also included two additional songs. The project was made to highlight several songs Matt has written or co-written with other artists, including songs in other languages and live versions.

When speaking about the album, Matt explained that after moving to Arizona his life has felt like it progressed in ‘chapters’ of about seven years. Each ‘chapter’ provides him with a new outlook on his life. Maher then took inspiration from this format to recap and reflect upon his blessings over the years, feeling reflective during this ‘chapter’ of his life. 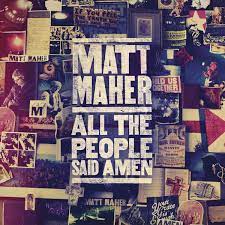 All the People Said Amen 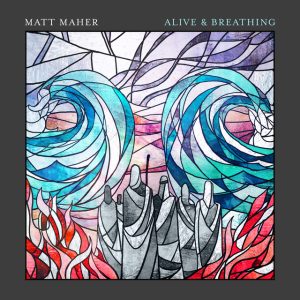 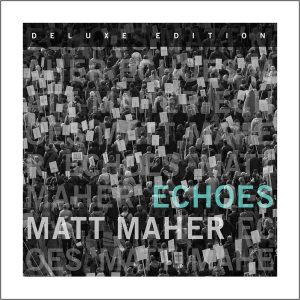 Lord, I Need You

All the People Said Amen

Run To The Father

Lord of my Life

Your Love Defends Me